Silent film icon Louise Brooks drifts through a single self-destructive night in 1920s Berlin; seeking a mysterious gift, she brushes paths with the city of sex’s inhabitants, present and future, and ultimately… herself, in a darkly reimagined biographic fairy tale.

"Berlin. The whores of Kurfürstendamm; an enticing mélange of seasoned professionals, underage girls, or secretaries supplementing their income; the end-result of too many women and not enough money—or men, post-Great War. Colorful candles melting into light and dark, though never gray."

Comatose, Alice lies in hospital, trapped in her mind with no memory of who she is or how she came to be there. She discovers she can astral project and enter the bodies of the recently dead, where their memories and hers seem to mingle.

Alice has limited time to resolve the host’s lingering problems, and move one step closer to unraveling the riddle of her own existence, before the body disintegrates, and she must jump away—to a new corpse—or back to her own unresponsive world.

A life governed by unrecognized forces can only be undone through creating radically altered situations.

The Others, then known as Man, vanished a thousand years ago. What’s still remembered is their abuse and exploitation of the animals and nature.

Over time, the surviving animals learned to talk and live together, peaceful and herbivorous—by necessity—since to eat each other would mean conflict forever. The Others live on as the bogymen and monsters of myth.

Akule, a wayward Alaskan Malamute puppy, enjoys a somewhat idyllic life. But that is about to change. The wild calls.

The Others finally return.

Trapped, and tortured by them, hideously disfigured, Akule is left an outcast, found more dead than alive, by renegade Other, Alexa.

Can a maimed dog and an ailing young woman prevent humanity from consuming this world, as they have their own?

Animal rights and environmental themes intermingle in a story about loss, loneliness and a search for self-identity.

We are humanity and we are back. Blades opening flesh, scars ripped in landscapes, a kaleidoscope of pain, torture and endless black death. Respect us. Celebrate our legacy.

Cowboy & Tribe is an anthology of paradoxes. It's free. 196 pages.

As Long as I can remember I’ve had a pencil in my hand reimagining my favorite characters or creating my own.

I discovered Nordic folk legends as a teenager and my notebooks started to be flooded with scary mermaids, fairies, and all kind of magical creatures next to badass epic warrior women. We can even add my love of pop culture (whether it be movies, comics, books or animes) to this fantasy craziness and we have my main influences and inspiration.

Those influences took me to the acclaimed Colon Theater Institute of Advanced Studies in Art, Buenos Aires, Argentina, as soon as I finished high school, where I graduated as a Theatrical Character Artist. 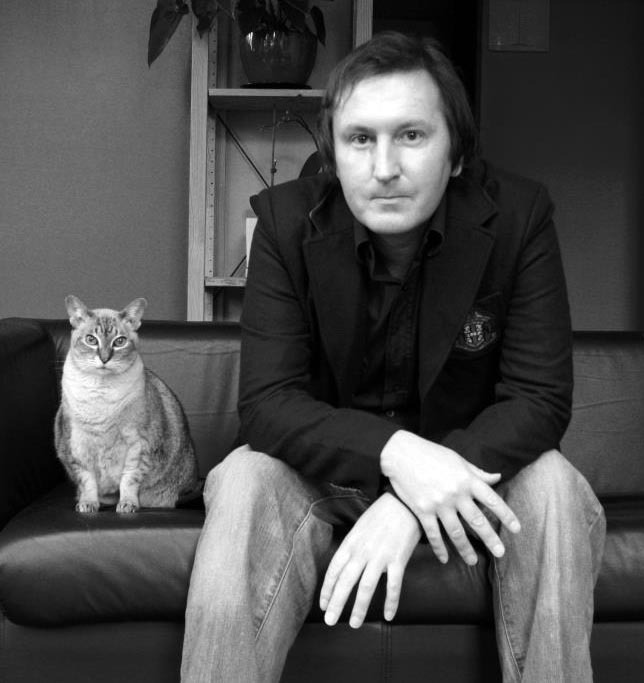 In 2013 my first novel, Exit, was published in the US by Ohio University Press and a short story collection followed. In the years since I wrote a half-dozen issues of the long running UK comic “Commando” (published since 1961), and in doing so managed to create a handful of comics my 12 year old self would have enjoyed. I also got to work with artists I admired as a kid like Carlos Pino and Vicente Alcazar.