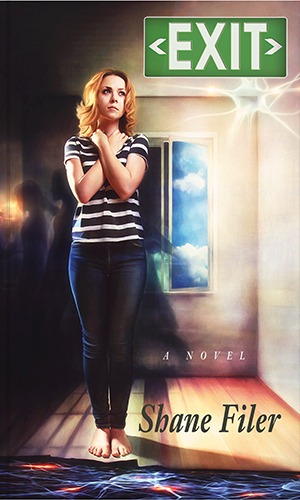 "Did you know I spent the whole of my fifteenth year in my room?"

She’s free, but the year's isolation has left serious personality disorders; disorders which will resurface as she relates her own story, and that of those in her orbit; Melodie, a pretty valley girl who Briar desires to be, Justine, her oldest friend, who has her own dark secret, and Dermot, a man who thinks he's the reincarnation of Robin Hood — stealing from the rich to give to the poor.

Slowly Dermot begins to draw Briar into his ever-so-exciting world, but who is leading whom on their slow descent into crime? Duel periods of Briar’s life intertwine like a rope around her neck as her lost year begins to overtake the present. It leads her to the answer to one very simple question:

“Is it what I always feared — am I losing my mind?”

Exit: when your mind is your best friend and your own worst enemy.

Cowboy & Tribe is an anthology of paradoxes.

Strangers at a crossroads meet in an airport. A killer couple on the prowl contemplate murderous choices. A cowboy seeks redemption across time. An art-terrorist unveils her final work. A teenager goes on the run with a pickled, talking fetus in a jar…

Absurd, poignant and disconcerting, each story touches on loneliness, the search for happiness, and the often extreme measures necessary to achieve it.

Blood of the Vikings

During the construction of the Atlantic Wall in 1942, the sounds of rolling waves and the voices of German-accented French were interrupted by the dull thud of a spade hitting something ancient. It was a rare discovery, a Viking burial, the body remarkably preserved in the clay.

Thorvald Ulfson was a large, strong Viking warrior with unsurpassable skill with a blade. Although he was loyal to his clan, he had an unshakable feeling that he didn’t belong. Then the death of his father would lead Thorvold to question whether what flowed in his veins was truly… 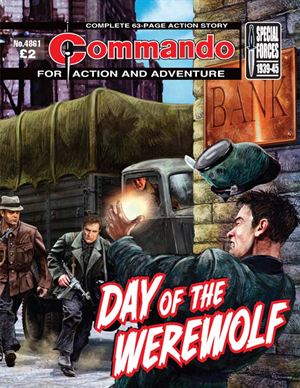 Day of the Werewolf

Although the War in Europe was over by June 1945, some groups of fanatical S.S. soldiers caused chaos for the occupying Allied forces. These rogue Nazis were known as "Werewolves" and would never surrender.

Major Rick Hogan of the Office of Strategic Services had a plan to deal with a ruthless Werewolf group who attacked army bases and robbed banks, preying on military and civilian targets alike. He would infiltrate them, using a German spy under his command, and bring down this guerrilla threat once and for all. 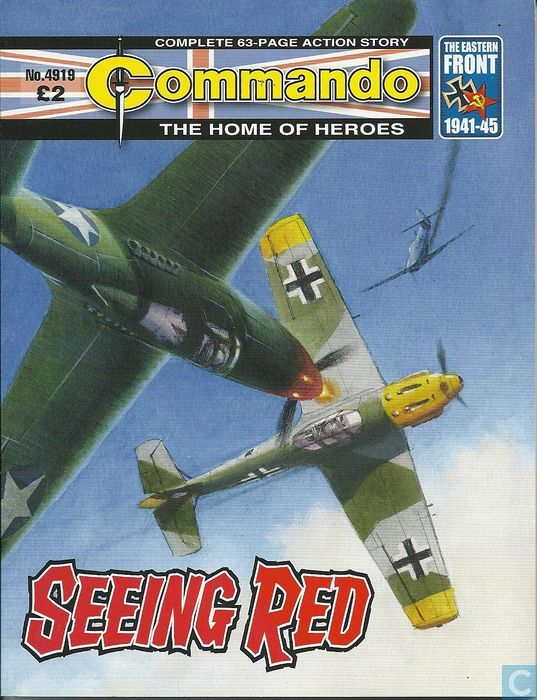 Second Lieutenant Wesley Muldoon was a gifted but hot-headed U.S. air force pilot. Before being called up he had studied politics at university and held unpopular communist beliefs.

Seizing a chance to ferry an aircraft to America’s Soviet allies, Muldoon was delighted to see Russia for himself. Soon he even became part of a Russian squadron, flying his Airacobra P39 aircraft against the Luftwaffe hordes.

However, despite his idealised views, Muldoon realised he could not trust all of his new “comrades” and that danger lay ahead… 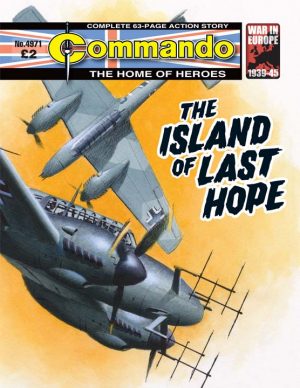 In 1938, Germany invaded Poland…but Poland did not give in without a fight.
Captain Micha Polanski and the Polish Air Force fought valiantly against the might of the Luftwaffe. But when his brother was slaughtered, Micha swore vengeance against the plane that cut him down, the plane that bore the symbol of a Black Eagle and Swastika.
Micha was sent to Britain to continue the fight against Nazis, but he still hoped he would see that plane again and avenge his brother. As for Micha and many other Poles, Britain was wyspa ostatniej nadziei… The Island of Last Hope.

Seizing a chance to ferry an aircraft to America’s Soviet allies, Muldoon was delighted to see Russia for himself. Soon he even became part of a Russian squadron, flying his Airacobra P39 aircraft against the Luftwaffe hordes.

However, despite his idealised views, Muldoon realised he could not trust all of his new “comrades” and that danger lay ahead… 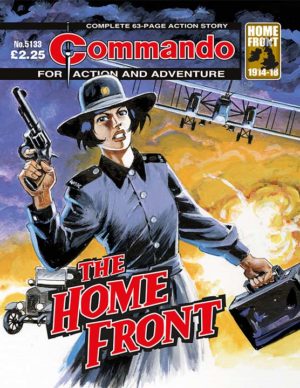 German spies? Dead cattle? Murder? Wilhelmina Home came to Britain to volunteer as a WAAC in the First World War but she soon found herself embroiled in a plot worthy of her favourite author, Sir Arthur Conan Doyle. Underestimated at every turn, Wilhelmina began to piece together the clues uncovering conspiracy which could threaten the whole of Britain! A mystery was afoot on… THE HOME FRONT 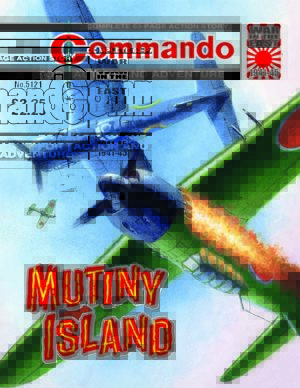 Haruki Murakami, of the Imperial Navy Air Service, and Josh Croydon, of the Royal New Zealand Air force, duelled in the bright blue skies above the Pacific Ocean. The war was nearing its end, but Haruki’s Mitsubishi Zero Type 0 model 52 and Josh’s Vought F4U Corsair fought on like clashing eagles – until a crash sent them careering towards a small island. They were mortal enemies in the sky, but now stranded on a remote Pacific island teeming with ruthless pirates, they would have to learn to work together if they were to survive. 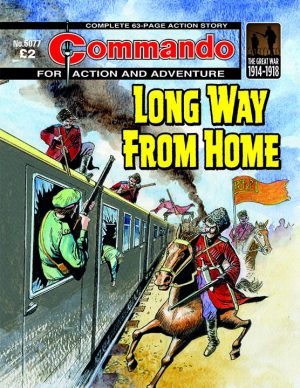 Writer and anarchist, Dominik Zatopek, had lofty ambitions for a free nation for Czechs and Slovaks. But in 1914, under the rule of the Austro-Hungarian Empire, the Czechs were unwillingly forced to fight in the First World War as part of the Triple Alliance. But when Dominik is captured by the enemy, he is given the chance to join the Czech Legion and fight for a free Czechoslovakia. Soon Dominik’s role in The Great War would take him a long way from home.