The Pop Power of Paisley 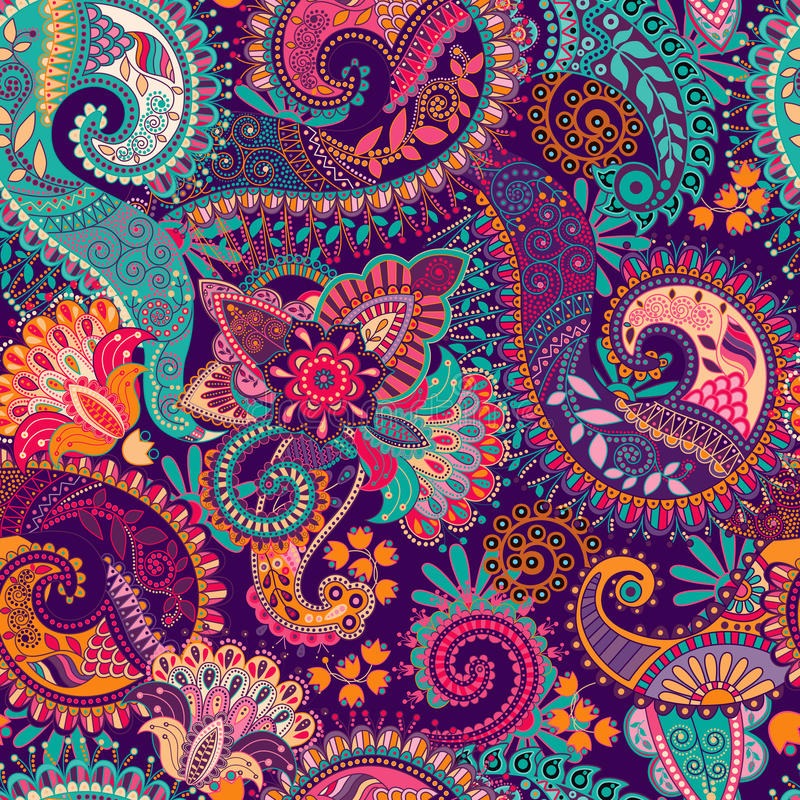 Paisley is the pattern of counter-culture. It is the love-peace motif of the Beatles, the pop culture kitsch of Grant Morrison’s “Zenith,” and the name of Prince’s once production park (now shrine). 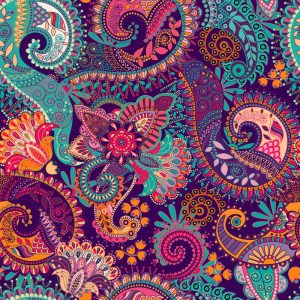 Not Just A Pattern, A Passion

Few male and female clothing patterns have had greater staying power—other than lumberjack-grunge-plaid. Perhaps in part due to the universal symbolism of the motif itself. The fig-like design—the boteh or buta—possibly began life as a floral spray combined with a cypress tree—a symbol of life and eternity in ancient Persia. There are also connections with Hinduism, where the shape represents fertility, and it remains hugely popular in South and Central Asian countries where it’s woven in silks and fine wool for weddings and religious celebrations.

Or does paisley simply look good?

Me? I had a great pair of hand-tailored paisley-material pajamas I had when I was a kid. So like everything—blame childhood for my grown-up paisley obsession.

It’s a pattern I still love.

The pattern paisley took the silk road to Europe in 18th and 19th Centuries imported by the East India Company where one Scottish town became well-known for using the pattern on wool shawls. The town of … Paisley.

The popularity of paisley (the fabric) was at its zenith by the psychedelic 60s. The previous generation’s crew-cut, crisp white shirt and black tie conservatism needed putting away. Paisley was that revolution: channeled through the Summer of Love. Paisley as fashion accessory filtered through the Beatles Eastern mystical obsession, and into swinging London—where the Kinks, the Rolling Stones, anyone cosmically-inclined was wearing a paisley shirt or jacket along with their flare corduroy pants.

It dipped in and out of rock popularity, falling through time to the Neo-psychedelia of the Bangles, the Dream Syndicate and Television Personalities. Keeping it warm till Prince paid tribute in a rock and roll triptych of paisley with Paisley Park Records, Paisley Park Studios, and “Paisley Park” (the 1985 song). Oasis and Beady Eye prove it’s still alive and kicking today. 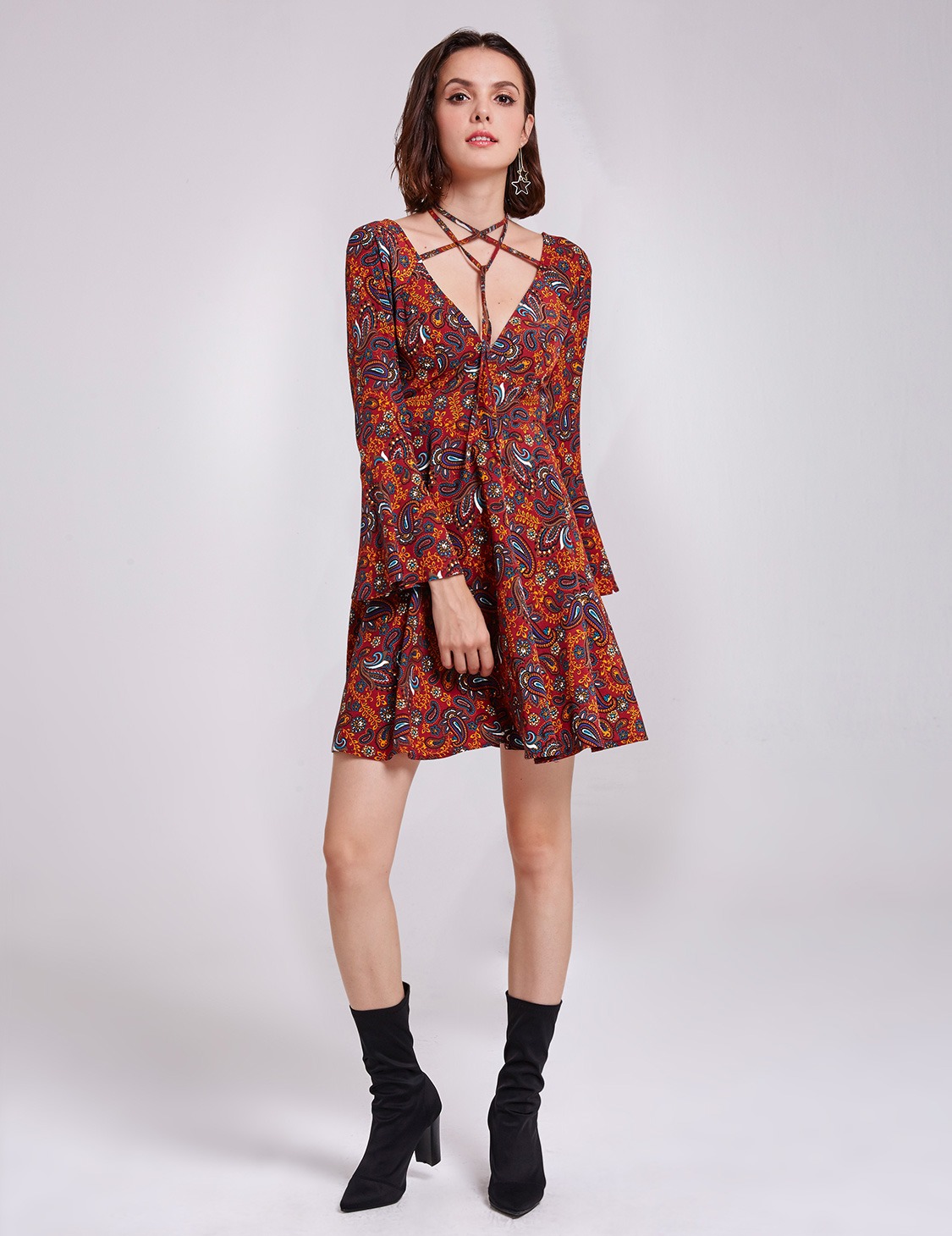 But paisley’s not just for rock stars, hipsters and hippies. Every guy (or gal) can do with a little paisley in their closet. A vintage paisley print summer dress rekindles the Boho-chic of young Grace Slick forever chasing the white rabbit.

Shirts go without saying, but let’s say it anyway. Pressed business dress shirt with blazer, or dressed down with chinos, or simply crumpled paisley shirt thrown on with jeans for a weekend stroll through the vege market. Paisley shirts go with any occasion. Having said, that I’ve yet to see a good-looking paisley T-shirt, but like the ghost of Keith Moon, it could exist. 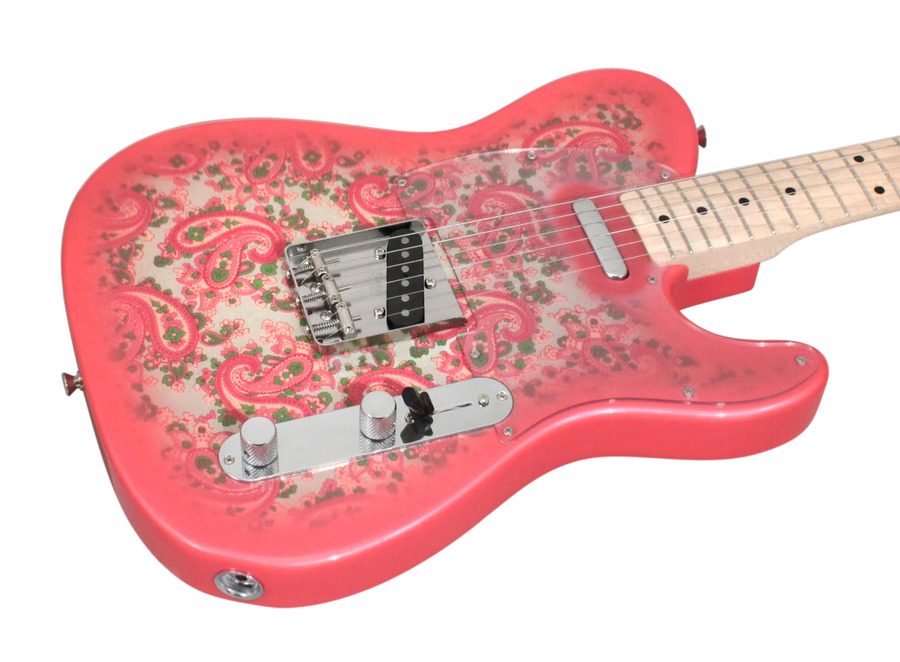 Bandanas suit beings other than dogs. A paisley bandana adds a little L.A. street cred while staying hipster enough to be sure you won’t be gunned down during a turf war.

Rocker chic? No problem, try wearing paisley on your guitar. Fender actually made a Pink Paisley version of their classic Telecaster.

Paisley isn’t just a print. It’s a print with history. It says something. Whether it’s Haight-Ashbury cool, a rock rejection of consumerist values, a spirit of multiculturalism, or just a visual statement—you know a man wearing paisley has got something going on.

Search the pattern for hidden mystical meaning if you like.