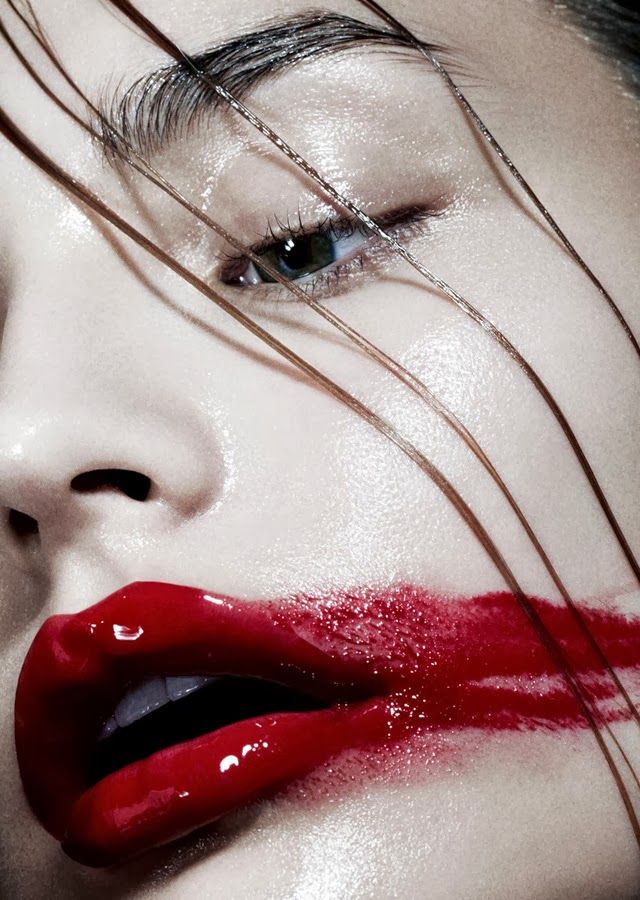 Belladonna and Delaware walk into a bar. A little dive off Melrose, quiet for this time of the night. A television explodes with white noise. News about a political scandal in Washington. Palestinians lob a rocket into Israel. Belladonna leads the way to the counter, tilts her sunglasses down the bridge of her nose, and orders a whiskey for him and a White Russian for herself. They sit on stools at the far end of the bar. It’s always good to keep a clear view of the door.

Delaware observes her tiny manicured fingers, wrapped like the legs of a spider around her glass, lifting the milk-drink to her lips. She’s come a long way since he first met her. Never the type of girl he would have guessed himself ending up with. He’d met her in a church in Utah. It was during his directionless, questioning stage; he joined their church for all of ten minutes. Some days Belladonna used to say she’d like to go back to her Mormon folks and preach the word to them: the word of sex, drugs and rock n’ roll.

She seldom speaks of those first seventeen years she spent with the cult. It makes him worry, especially when she hints at dark things in her past, and then retreats. He often wonders where she’d be if he hadn’t saved her, converted her.

A middle-aged couple in a corner booth.

“They’re both married, but not to each other,” Delaware says.

“How can you tell that?” Belladonna asks.

“Because it’s my work to know people. See the way he’s looking at her, holding her hand, so gently. They’re both very alert, on edge. Those two people don’t know each other that well.”

“You’re full of shit,” she says, like it’s a surprise. Their eyes scan the bar. Two lesbians, sitting face to face. That’s what Delaware likes about this place. It attracts a wide and varied clientele. One of the women is dark, with long hair, head bowed, and great glistening red in her lips.

“You can have her,” Belladonna squeals.

“I like lesbians. I get along well with them,” Delaware admits, raising his glass. “We have a lot in common. We both like chicks for a start.”

“Why do you think the pretty dyke is going out with the ugly one though? I mean, couldn’t she find a better looking woman?”

“I don’t know. That girl must have something going for her. I always work on the assumption that lesbians have better taste than everyone else.”

“How about them?” Belladonna asks. She points to a well-dressed young professional couple. “They’re just the sort who it’d be interesting to do it with—to wake their boring lives up. You can imagine it, can’t you?”

He watches the woman. She’s getting drunk, losing her inhibitions. The left strap on her dress has fallen across her shoulder, and she either hasn’t noticed, or hasn’t bothered to adjust it. From this distance he can see the outline of her nipples, pressed against sheer clothing.

The door. Shadows move and Delaware involuntarily slides his hand into his jacket pocket. Another customer. A man with dark, narrow eyes and a chiseled jawline. He wears a black vinyl jacket, and is scruffy, unshaven, long greying hair escaping from a blue bandana. He scans the room, twice, as if searching for someone, and certain, strides up to the bar and orders a drink. There’s something familiar about him, but Delaware can’t place it. It’s funny, because he normally has such a good memory of faces (scre—)

The stranger looks down the bar, ostensibly to check out Belladonna.

“I know you?” Delaware asks.

“Doubt it,” he grunts and slides along the bar, coming to a rest next to Belladonna. “Killing time. Do you mind if I sit here a while?”

Belladonna shakes her head. Yes, or no?

The barman brings a whiskey. A noticeable twitch in the man’s hands. Something about the way he carries himself puts Delaware on edge. “You’re a soldier?” Delaware asks. The man’s skin has a rubbery luster.

“Was. There’s some difference.”

“Yeah, you’re a soldier! I can always spot a man who’s conducted violence in the name of his country.”

“And you?” the soldier asks Delaware in a gravelly voice. “What have you done in the name of your country?”

“I don’t have one,” Delaware replies flatly. “But that’s hardly stopped me.”

The soldier nods understanding. “Have you ever heard about Harlow’s psychological experiments on monkeys during the fifties and sixties? Infamous for their cruelty. Harry F. Harlow created the Pit of Despair, a dark metal box designed to isolate individuals from the outside world. Within days, the monkeys kept inside the pit were driven insane, incessantly rocking and clutching at themselves, tearing and biting their own skin and ripping out their hair. When finally removed from isolation, they were too traumatized to interact with others, and would become violent or suicidal when placed among their kind.”

“Dreams may inspire mankind’s hopes for the future,” Delaware says, “but it’s only weapons, violence, and cruelty that make dreams reality. Scratch the scab of civilization, and all human beings are revealed as violent killers. A fake thin veneer resists reality seeping through.”

“Mr. Soldier?” Belladonna asks, a nervous tremor to her voice. “Do you yourself have a theory of violence?”

The soldier thinks for a moment. His shakes dissipate and his hands becomes less agitated. You can tell he needed that drink. “Freud came to see us as the very worst of animals. Not gentle creatures who want to be loved, but those with an instinctual state of aggressiveness that shows itself in different ways.”

“Like shooting mirrors?” Belladonna: smiling out of the corner of her mouth in that way of hers that’s at once repellent and alluring.

The soldier bellows with laughter. “Shooting mirrors, why yes indeed. A noble pastime—and such symbolism!”

“Few old soldiers retire,” Delaware says. “What’re you involved in at the moment?”

Downing his drink and laying down notes on the bar, the soldier stares at his empty glass, his sad pale eyes multiplied in hexagonal crystal. “Y’know,” he says, “that’s true. We all have duties. Even if we sometimes go a little insane and lose track of what we should be doing.” Belladonna’s eyes rise to meet his. “Me? I’m not working on anything other than… I rather think I’m gonna go away and drink myself to death. How’s that for a theory of violence?”

The soldier motions to a Christina Ricci-type blond who’s appeared at the door.

The young woman smiles seeing him, and he waves clumsily, a gesture Delaware doesn’t quite catch. Leaving his seat, the soldier strides across the floor and exits the bar, blond in arm. A strange incident in a strange night. Belladonna squeezes his hand.

“Well, have you decided, darling?”

Delaware scans the room again. In the corner there’s a party of eight or nine. Two families at first glance. A drink after a meal. All ages, but there’s one girl—aged around thirteen or fourteen, sucking on a Coke. She’s bored beyond belief. She would be fun. She would be very easy to draw away from the safety of the tribe.

He can feel the excitement rising inside. “All,” he says, “or none? Wouldn’t that be something?”

“Because that’s the ultimate display of control, isn’t it? To know we have the power of life and death over every man, woman and child in this room. In a sense they’re all dead now. If we walk out we’re bringing them back to life.”

“I’m God. With the power to take or give life.” Delaware smirks, a strange cross between Elvis and Charles Manson. “Gotta piss.” He gets up, walks across the floor, and pushes open the bathroom door at the rear of the bar.

Her boots click a little louder than she expected on the painted, cracked concrete floor. The scent guides her. He’s hardly surprised when she pushes the door open; holding his penis in one hand, finishing, shaking the excess into the stained, encrusted stainless steel urinal. A smile washes across his face. “Baby,” Delaware begins… waiting… and oh he shall receive.

Belladonna takes a knife from her belt, drives it deep between his rib cage and twists. The wet floor runs red. Soon it’s he who’s on his knees… stammering… questioning. He doesn’t know why, and she’s not going to tell him.

The soldier gestures two fingers to his temple.

Reaching out, Delaware grabs Belladonna’s hand, so small and precious and warm. (Faces screaming, random posters, these memories, this vision, something inside her has always wanted to squeeze life away with her bare hands. Maybe that’s wrong?)

After downing the remnants of her drink at the bar Belladonna makes for the exit. The two girls and the family have gone. Of those left, they look to her in a mind’s eye, not like people, but one more distraction. Myriad computations. A moment’s decision. A breath. She stops and locks the door.