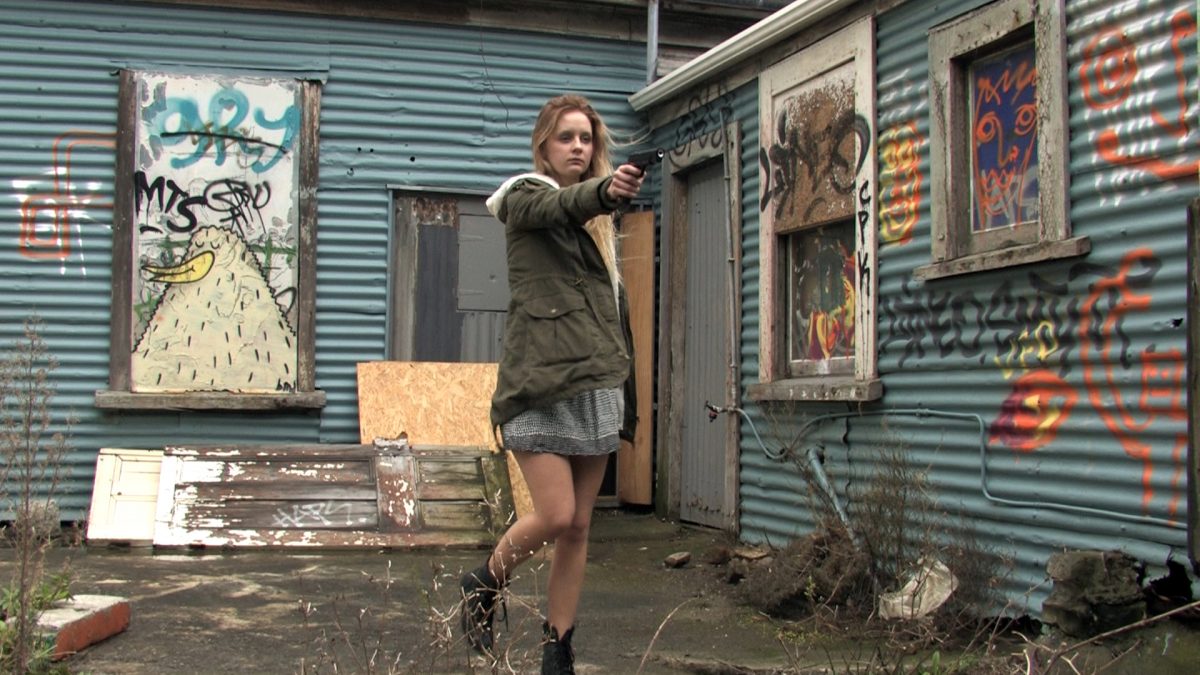 
On the way home I take a shortcut through an empty lot. Once it contained a drive-in cinema, but with the rise of multiplexes it went out of business and was abandoned years ago. It’s been gone for as long as I can remember. In its place there’s just this: an empty wasteland. The picture screen has been torn down. Cracked concrete slabs, grass sprouting from the ruins, and at intervals, bent, misshapen poles sticking from the ground like blighted seedlings. Only a few reminders linger, as if pleasant childhood memories.
I love these places, even today. There’s something about them, even in ruin. Often I’ll come here, just sit in the lot and wonder what it must have been like. I guess they’re something I missed out on. I can imagine all the kids who must have come here to watch those simple B-movies, or make out in the back of their parent’s cars. Did they ever know what they had before it was gone? The drive-in is passing from our vocabulary.
There was this program on TV last week all about these old educational films from the fifties—what to do on your first date… how to remain virginal… that sort of thing, and they were so stupid and corny and wonderful! Things seemed so restrictive then, but life was uncomplicated and safe. It seems strange to feel aching nostalgia for an era that existed well before my birth. I suppose I have a really bad habit of romanticizing the past—to the point where the world in my mind is far more interesting than the world in real life.