It’s only after I realize that Milan Kundera, the famed Czech writer was born not far from where I’m staying, that I start to wonder what it would be to live within a Kundera novel? To feel the same existential pathos as his characters? To engage in isolated moments of steamy, but ultimately meaningless sex? To feel the persecution of a bleak and detached totalitarian regime. I also wonder why there is the word Kafkaesque, but not Kunderaesque?

Milan Kundera left Czechoslovakia after the 1968 Prague Spring, when he was fired from his teaching job and his books banned. He has lived in France since 1975 and is reputed to rarely visit his homeland. The Czech Republic has yet to create a museum for Milan Kundera despite his position as the most celebrated Czech writer of his generation. A love/hate relationship perhaps perpetrated by Kundera’s own insistence that his works should be filed under French Literature.

Into the eighties. Kundera was a towering wunderkind of art-lit. The Unbearable Lightness of Being had been released in France in 1984. If you wanted to sleep with deep serious university girls, then you had to have the right answer to the inevitable question: “Do you like Milan Kundera?”

The Kundera light has faded a little. Now in his nineties he still continues to write, his most recent novel being The Festival of Insignificance published in 2015.

I ponder Kundera as I walk past Purkyňova 6, and decide that I will go ask whoever lives there if I can see the place Kundera grew up. Of course, I don’t speak Czech and neither does the crone who comes to the door speak English. She either assumes I am there to sell or steal something, and slams the door shut quick. I am no closer to learning anything new about Kundera.

Then I hit upon an idea. I will spend a day living life as if I am in one of the master’s novels. I will only do things or say things that his characters did or said. I will discover what it’s like to live in a Kunderaesque way. Just for one day. 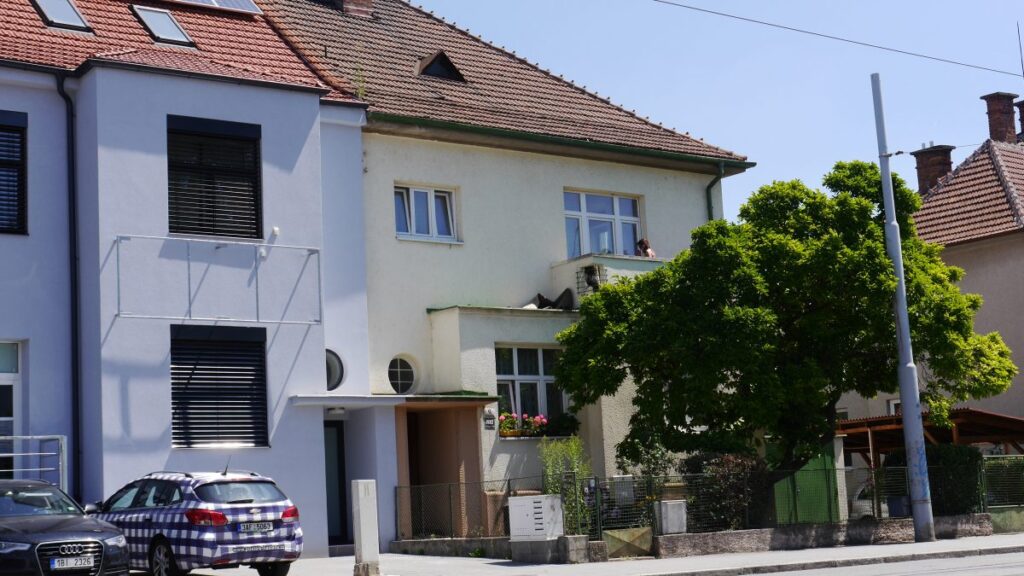 To prepare I rummage through Czech vintage clothing stores. My aim is to find some authentic menswear from the communist era that Milan Kundera might have actually worn. I find a plain white shirt with a narrow collar that to me says Marx all over. The label reads: Made in Bangladesh. There’s a great mixed-tweed blazer with leather patch elbows. Made in China. No matter. I finish the outfit off with some beige polyester flare pants and simple black Oxford shoes. They turn out, disappointingly, to be Clarks.

I begin in Brno’s Freedom Square, lamenting to a stranger on a bench the ugliness engraved upon its face as Ludvik did in The Joke. “So here I am,” I tell him. “Home again after all those years. Here in the main square I that I feel no emotion for whatsoever.”

“I like the penis clock,” he says and snaps a photo. Turns out he’s an American tourist. The amusing spectacle of the penis clock was absent in Milan Kundera’s day. I wonder if it had existed back then, would his books have been more cheerful?

Talk a friend into pretending to be a hitchhiker, so I can pick her up and pretend not to know each other like the unnamed characters in Laughable Loves. Stop at gas station like they do, and she walks on ahead. Fill up car, then exit onto motorway. Realize I took the wrong off-ramp and have to loop around for twenty minutes to find my way back. She’s broken a heel and is sitting, grumpily on the grass. “Where are you headed, miss?” I ask. “Are you going to Bystrica?”

“I just want to go home,” she replies.

Make it to dive-bar mid-morning. Order a Starobrno beer, like the kind Milan Kundera probably drank. Turn to random drunk beside me and ask: “Isn’t it nonsensical for me to get up in the morning? To go to work? To strive for anything? To belong to a nation just because I was born that way?” Just as Milan Kundera said once in an interview. Drunk shrugs and supposes so.

Go to post office to collect a parcel. Wait for eternity in the bland surroundings of the Czech public service. Finally, stand in front of austere glass counter while an unsmiling worker scrutinizes my ID. Begin to understand a little of how Kundera must have felt when he was dragged in for questioning over his subversive writings in former Czechoslovakia. Woman hands out a paper which I sign under duress. She hands me my parcel in a Kunderaesque way.

Get talking to attractive Czech girl on tram. Ask her if she will come back to my apartment and strip for me, like Tomas commands of women in The Unbearable Lightness of Being. She politely declines. As she leaves tram, I notice she is dressed Czech style with ugly pattern leggings and brightly colored miss-matched top. Realize that this is likely the reason Czech women are often ordered to strip in Kundera’s novels. He hated their outfits. 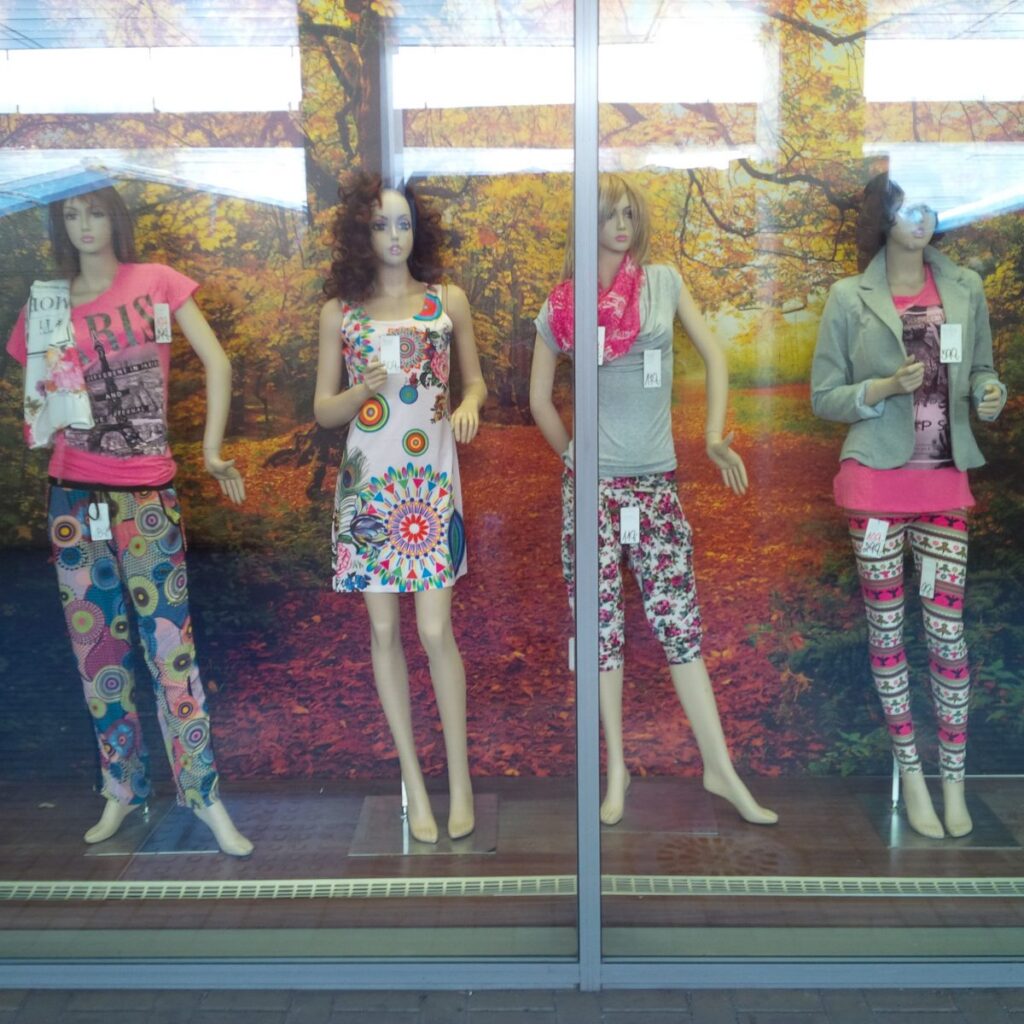 Buy bowler hat and take it home to girlfriend. Ask A. if she will wear it while I take photos of her kneeling on the floor on a mirror like Sabina asks of Tereza in the film of The Unbearable Lightness of Being. “Nude photos?” she asks. “Yes,” I reply. She agrees.

After tell her that our female dog likes her more which means the dog’s a lesbian (just like Tomas tells Tereza in The Unbearable Lightness of Being). She points out we don’t have a dog, only a cat who’s a boy and asks if this makes him straight?

Visit mall where clothing store is loudly playing K-pop. When young shop assistant asks me if I want any help, I reply: “In the past people would listen to music out of love for music, nowadays it roars everywhere and all the time, so that we can’t tell beginning from end; sewage-water music in which music is dying.” Just as Kundera writes in Ignorance. Guessing I’m not going to buy anything, shop assistant walks away.

Evening falls. End day of Kunderaesque by meeting A. at a cemetery. A woman tending a grave politely nods good evening to us and I tell her I very much long for Czech cemeteries, like Sabina does in The Unbearable Lightness of Being. Confused, she asks why. I stammer something about the French not burying the bones deep enough.

Let's Swap. Your email For A Good Read

Subscribe to newsletter, receive a FREE eBook of Cowboy & Tribe. 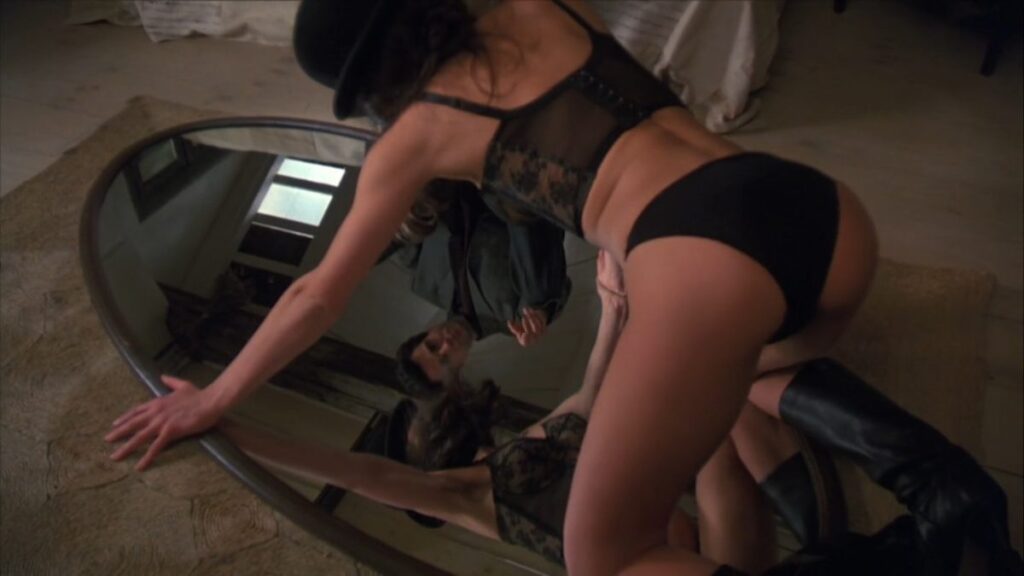 It’s certainly not easy living your life like a Kundera character though. Normal people stare at you strangely when you wax philosophically about the human condition. You begin to feel persecuted by the greyness of the system. You begin to feel every person you encounter is fictional. You begin to feel you’re even fictional. German is the definitive philosophical language as far as Kundera is concerned too, so you really need to read a lot of Nietzsche. A bowler hat is also essential to truly experience a Kunderaesque world. It’s a mysterious world. A bold world. A better world. I still wonder why there is no word for it.

There is no perfection only life.

The Left Left Me Part 1: Is Political Correctness The Creation Of The 1%? The Beautiful Disintegration Of Louise Brooks